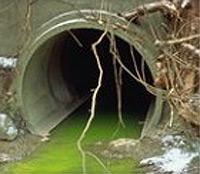 Today I’m posting a short roundup of international news about substances found in the water.

A study of hydraulic fracturing sites in Colorado finds substances that have been linked to infertility, birth defects and cancer. (United States)

It’s so chock full of artificial sweeteners that scientists say the chemicals can be used to track the movement of treated waste in the region’s municipal water supplies. (Canada)

Communication, cooperation key to water issues in Africa and Asia

Despite radically different cultures, climate, geography, and levels of government involvement in improving the lives of its citizens, Ethiopia, India, and China all face similar issues of water sanitation and hygiene. (Africa, Asia)

As scientists home in on the source of contamination near Texas’ Donna Reservoir Superfund site, they drilled new wells this week to test the groundwater. (U.S.)

Pollution takes a toll on aquatic life in 150 river stretches

Discharge of untreated water in India has left 150 river stretches across the country too polluted to support any aquatic life. (India)

A New Jersey judge has approved a pair of settlements worth $165.4 million to the state from nearly 300 companies, towns and public agencies accused of polluting the Passaic River. (U.S.)