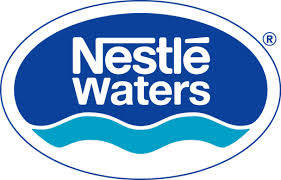 Vevey, Switzerland-based Nestlé, the world’s largest food company, had trumpeted that its report, released just before International Human Rights Day, was the first of its kind from a multinational corporation. It’s called “Talking the Human Rights Walk: Nestlé’s Experience Assessing Human Rights Impacts in its Business Activities.” The company’s partner in the research, the Danish Institute for Human Rights, referred to the report as a “breakthrough.”

According to Nestle, the paper “focuses on actions Nestlé has taken to improve its human rights performance at both country operations and corporate level,” and assesses data from Angola, Colombia, Kazakhstan, Nigeria, Russia, Sri Lanka, and Uzbekistan.

Certain NGOs see it as little more than window dressing on the company’s reputation. Among charges surfaced in the FoodNavigator.com article: The report is selective, with a limited scope and significant omissions, and that it looks at corporate policy rather than practice. The NGOs concerned are Blue Planet Project,  FIVAS, Food and Water Watch, and Public Services International. Nestlé says it rejects the NGOs’ criticisms.

This is far from the first time Nestlé has come under fire from NGOs and other organizations. Frequently cited as the world’s largest producer of bottled water, it has been criticized for wanting to privatize water (which it denies). The company has gone to court in several places, opposed by groups trying to defend regional groundwater from being taken and sold elsewhere at a profit to others.

To those who see water a human right in a world where hundreds of millions of human don’t have enough of it, the idea of water as a commodity sold for profit by corporations seems wrong.  Several documentary films have tackled the subject, including Tapped,  Bottled Life: The Truth About Nestle’s Business With Water, and Blue Gold: World Water Wars. For the record,  Nestlé Chairman Peter Brabeck-Letmathe has said that he believes water is a human right. But in the recent past, he struck a different tone.