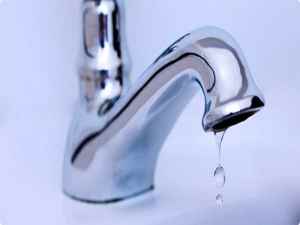 Drought-ridden California is no stranger to water shortages, but it might be able to learn something about making every drop count from an even drier place: Melbourne, Australia.

Threatened by a severe drought, the Melbourne area used 40% less water per person between 2000 and 2010 than it had in the previous decade, contributing more than 200 billion liters per year to supplies,  former state Labor minister John Thwaites recently wrote. Thwaites, currently chairman of the Monash Sustainability Institute, warned against slackening conservation after restrictions were lifted and water-use began to rise.

Thwaites credits a successful “behaviour-change campaign” for the exceptional water-saving that Melbourne sustained for a decade.  “The campaign was backed by rebates on water-saving products, water restrictions and permanent water-saving rules, tiered pricing to reward water-saving, rules requiring major industry to carry out water audits, and a public social marketing campaign,” Thwaites wrote.

All of those layers across the general population and businesses are important, but the “public social marketing” may deserve special mention when it comes to changing behavior. By flooding media with information about the water shortage, Melbourne nurtured an emotional commitment in people to change habits and save water as a normal part of their daily lives. Even a competitive element was added, when water authorities started showing households how much water they used compared with their neighbors. Manipulative? Sure, but it works. As Thwaites wrote, “How many parents had their children criticising them for letting the water run while they brushed their teeth or washed the potatoes?”

100+ ways to conserve water – Water Use It Wisely

To the Rescue in California? Solar-Powered Desalination